On the site of the old Royal Children’s Hospital (the new one was built next door) lies what might be the greatest playground in all of Melbourne. That’s a big claim but the Royal Park Nature Playground is truly stunning.

The playground is – compared to just about all the others – huge! Slowly cascading down a hill there are multiple levels and areas of the park, from really big slides to a play area for littler folk, all nestled amongst trees, plants and rocks. There’s also a huge grass hill overlooking it all, which is awesome to roll down.

The best parts are the water areas, of which there are two. Near the top of the park is a large fountain like area with different water jets shooting up from the ground with different patterns. There’s a small button on the ground to start it off if you get there and it’s not running. The water play area at the top of the playground. A lot of fun on a hot day.

On hot days, it’s common for kids to don bathers and play in the water fountain and it’s a great way to cool off. Even if you don’t have bathers, it’s common to see a bunch of kids getting wet regardless.

The second area is a simulated creek flowing over rocks with lots of ways to interact and alter the flow over its course. The river ends in a sandpit which gives even more chances to control the flow. The sandpit can end up as a sandy swamp as the day progresses, though. The second water area – looking down the simulated creek.

Different areas are designed for different age groups so there’s somewhere for kids of any age group. The older the kid, the more they can get out of it but that doesn’t stop anyone getting enjoyment out of this place. And its size means there is a lot of enjoyment to be had – hours and hours and hours.

If you need an awesome playground close to the city centre or after the best anywhere in the city then this is the place to head. It’s so good, it’s on my list of top kids attractions in Melbourne.

The Royal Park Adventure Playground is located on the corner of Gatehouse Street and Flemington Road in Parkville.

Best for: Kids of any age until they’re old enough.

Toilets/Change table: There are public toilets alongside Gatehouse Street. I didn’t see a change table in them.

Facilities: There are BBQs and some tables and seats up near the top (towards the hospital).

Getting to the Royal Park Nature Playground

Both these trams stop outside the Royal Children’s Hospital and this stop is approx. 150 metres north west of the park (a two or three minute walk).

If you are driving, there is limited parking (which is often time restricted Monday to Saturday) due to the hospital. The best chance is the parking on Gatehouse Street and the streets that come off it. 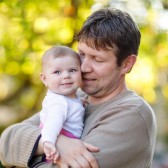